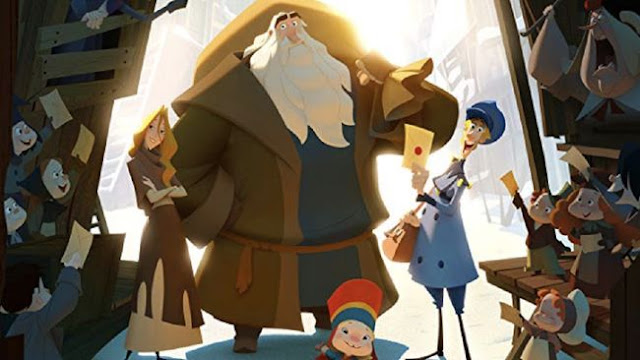 Klaus is my favorite movie ahead of Christmas 2019. This simple story wrapped in interesting animation is able to make you laugh and shed tears in no time.

As the title implies, Klaus tells the story of Santa Claus who has always been a Christmas icon. Some things that are familiar with Santa Claus can be found in this film.

These include a large old man with an ash beard on his face, a herd of deer with a sleigh that flies miraculously, gift wrappers, and gift boxes.

However, the story does not start from the point of view of the old man with a gray or white beard. The film instead begins with the story of Jesper, the lazy son of the post office president. This irritated Jesper's father and sent him to a small town called Smeerensburg to work.

There, Jesper encounters people and situations that are different from his previous life. It was also in Smeerensburg that Jesper met Klaus, an old man who made wooden toys.

Klaus is a little different from most pre-Christmas movies which are usually festive, full of parties, laughter, and fun.

This film by Sergio Pablos has a darker nuance, starting from the story of each character to the jokes. Although, not as dark as The Nightmare Before Christmas.

Smeerensburg is one of the things that shows Klaus' darkness. Having fun is a sin in that remote town.

This animation, which lasts more than 70 minutes, basically has a deep message, such as change can occur only through one small action that we do, and friendships can be formed unexpectedly which is very warm. 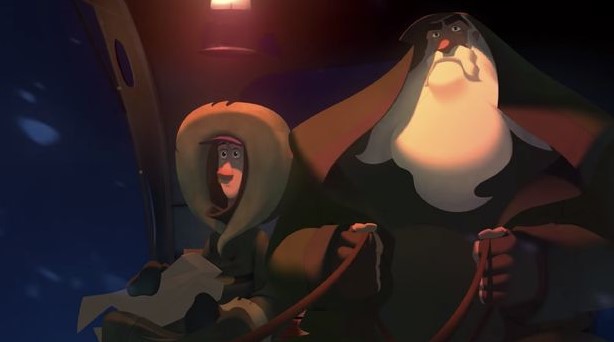 Not only that, but this film also illustrates the matter of sacrifice before making a decision, so the application of the phrase "don't judge people from the outside" clearly appears in Klaus.

This film also focuses more on the search for Jesper's identity that occurs after meeting Klaus. It makes this film slowly more colorful.

Despite having a dark story, Klaus still offers a very beautiful and magical background to the place.

Overall, Klaus is a film that can be added to the watch list with the family this Christmas, moreover, this film can be enjoyed by both adults and children.

Klaus is the work of Pablos after producing a number of famous Disney films of the 90s such as Tarzan, The Hunchback of Notre Dame, and Hercules.